This great apartment near the Velodrome in Stratford was a blank canvas. The client was hoping to create a space which would allow them to entertain in the summer, and capture the sunshine.

A hardwood seating area was created, with a decked area under-foot to separate the space from the rest of the paving and allow for summer BBQ entertaining.

In addition planters were created, running along the walled area, for which the client chose some lovely plants to add colour to the space.

Finally, artificial grass was added to create a further seating area, separate from the rest of the roof garden. A fantastic living space in North East London. 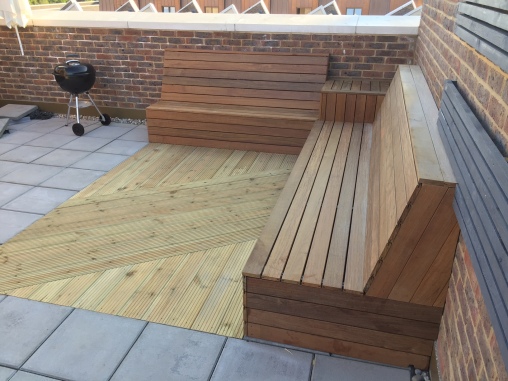 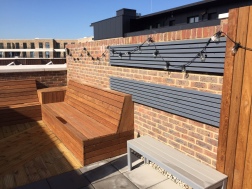 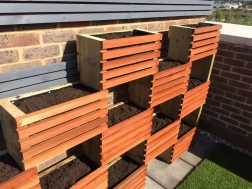